February is the month we honor the contributions of all African Americans and all of those who have gone before.  African Americans have a huge part in American societal influence, infrastructure, and civilization. The United States of America has always had a complicated past because of the slavery of African-American ancestors.

Let’s look some at noteworthy achievements by some great people that are not extremely well known.  David Ruggles, an abolitionist, was the editor and publisher of the first African-American periodical, The Mirror of Liberty. Ralph W. Tyler was credited as being the first African American war correspondent with the mission of cover war news of special interest to black readers.  Charlotta Bass, a journalist from California, was named the Progressive Party candidate for the Vice Presidency of the United States in 1952.

There are hundreds and thousands of firsts in African-American culture that has added to the quality of life of American society and the entire world.  Dr. Mae Jemison said it best, “Never be limited by other people’s limited imaginations.” We credit the past achievements and accomplishments of these great pioneers. We are reminded that the way was paved in order to have no limits.

Popular posts from this blog 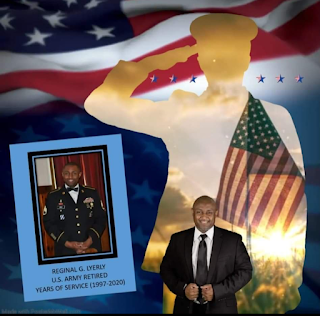 Staff Sgt Reginal G. Lyerly, US Army Retired, Winner for the 2022 Brightside 30 Day Challenge. Shares about Service Never Stops                Service means so much to millions to people. The world would not be able to function without people who are willing to serve. The word ‘service’ has origins from Latin (servitium) and Old French (servise). As we examine the true etymology of the word and apply it to the today’s times, we will usually get a different outcome.                 We often see serving others as admirable and honorable. It is important that we lift up certain principles and ideals for future generations to come. Service did not always have this connotation. This is why unfair use of service or inappropriate use of servitude is very much frowned upon today.             Let’s look at what business owners do in terms of services. The very context is service is hallmark to what we do. This is an expectation from all of our customers and patrons. This is why dissatis
Read more 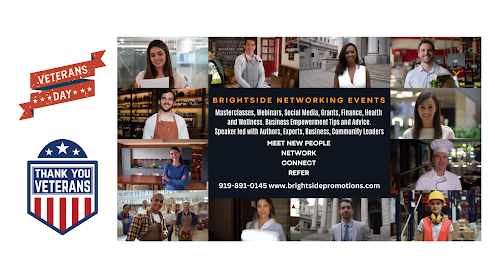 2022 Veterans Day Promotions, deals, discounts and special offers. A very special thank you to the American Legion who put this wonderful list together and of-course we are adding our events, additional promotions and offers to this list. HAPPY VETERANS Day to our dear veterans, military and their families/loved ones. Thank you for your service and all that you continue to do. Join us on ZOOM to celebrate Veterans Day Thursday November 10 @10:30am EST - 2pm EST REGISTER https://www.eventbrite.com/e/249070274897 Monday November 14 @7pm EST REGISTER https://www.eventbrite.com/e/249011168107 Thursday November 17 @12:30am EST PAY WHAT YOU ORDER REGISTER https://www.eventbrite.com/e/386510512347 The following are some discounts for veterans and servicemembers for restaurants, retail outlets and recreational opportunities for Veterans Day, Nov. 11 from American Legion and we've added our events to the list in this blog. While these have been verified, check your local franchise to be s
Read more